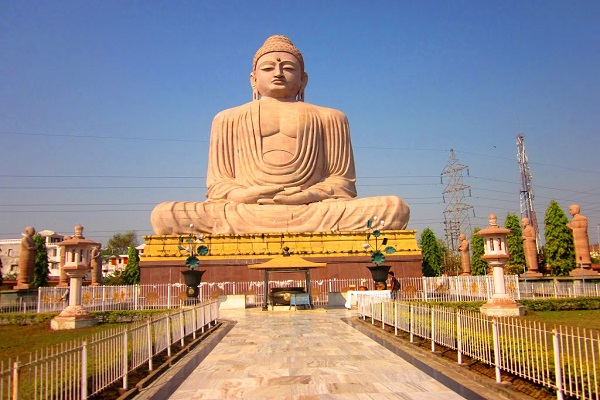 Located in North-Eastern India in the central part of Bihar, Bodh Gaya is considered as one of the four holiest cities of the Buddhist religion. The place is associated with the life of Gautam Buddha who was the founder of Buddhism. It also houses the spot where Gautam Buddha attained spiritual enlightenment and to mark that spot, King Ashoka, the great Mauryan ruler built a small shrine in the 3rd Century BC which you can be seen even now. The subsequent rulers also left their mark on this holy shrine, and over the passage of time that small shrine took the shape of the famous Mahabodhi temple. Another interesting thing about Bodh Gaya is its center for pursuing the study of Buddhism. The place is known to have a tropical climate. If you are planning to visit Bodh Gaya, and know about major tourist attractions as well for spiritual upliftment programs that you can include in your Bodh Gaya Travel Package.

As earlier said, one of the major attractions of Bodh Gaya is undoubtedly the Mahabodhi temple. The Bodhi tree under which Gautam Buddha attained enlightenment had died with time, but the present tree which you get to see in Bodh Gaya is a descendant of the original tree which was taken away by Sanghamitra, King Ashoka’s daughter to Anuradhapura in Sri Lanka in 3rd Century BC. The red sandstone slab which you would see under this tree is believed to be the throne on which Gautam Buddha sat. The Mahabodhi Temple is a place which stands proudly since the 3rd Century BC and today receives tourist in high numbers. The temple is not only intricately carved and beautifully designed but is also known to house a large gorgeous gilded image of Buddha.

Buddhism is being preached in countries like Burma, Nepal, China, Japan, Sri Lanka, Korea and many other countries who have even built their respective monasteries. Visiting these temples, you not only get the blessings and teachings of Buddhism alone but also get to have a chance of admiring the different types of architectural styles of these various countries.

This small town of Bodh Gaya is also a proud home to The Archaeological Museum of Bodh Gaya and is another famous tourist hotspot. Thousands of Buddhist pilgrimage come down to Bodh Gaya every year to seek blessings.

Moreover, Bodh Gaya is not just a famous pilgrim center or a wonderful archaeological site but is also a rather famous destination offering a variety of meditation courses. Most of the institutes in and around the town conduct these courses during the winter season, between October to February.

If you have traveled to Bodh Gaya and have faith in Hindu religion as well, then 13 km away from Bodh Gaya lies the town of Gaya which is a must-visit as it is considered an important place of pilgrim for the Hindus.

In the months of January and February, several meditation institutes of Bodh Gaya organize a number of special meetings, conventions, and discourses. Those travelers or pilgrims who are trying to understand their inner self, seeking peace of mind or wish to have spiritual upliftment must definitely attend these programs.

If you want to soothe your soul and calm your mind, then you must book yourself a Bodh Gaya Travel Package with Footloose Holidays soon.