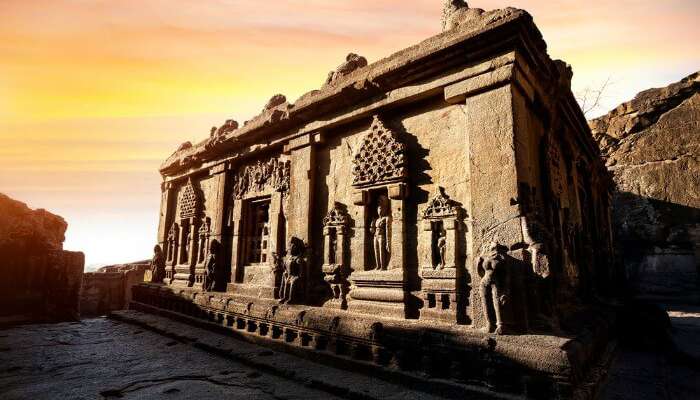 The national heritage of India is defined by its 37 UNESCO World Heritage sites. All these sites are great tourist attractions & are important for the world’s heritage tourism. Ancient architecture, tombs, temples, forts, palaces & other man-made & natural sites are shaping the heritageous importance of the country. These destinations are definitely the legacy of the past with which we are living in the present. The cultural & natural heritage of India is a source of inspiration for the people. Let’s talk about India’s 7 popular world heritage sites which are a must visit.

The first on our list is none other than the Taj Mahal. It is one of the 7 wonders of the world & a priceless piece of architecture, built with Ivory Marble. It was built under the direction of Mughal Emperor Shah Jahan in 1653. He ordered the Taj’s construction in the memory of his wife Mumtaz Mahal. This elegant example of the ancient Mughal architecture is a very famous tourist spot & a world heritage site. The carvings on the walls have 28 different varieties of gemstones embedded in them. The Taj Mahal took 22 years to be built.

Ajanta Caves date back to around the 2nd century. They consist of the exceptional masterpieces of 31 rock-cut Buddhist monument caves, paintings and sculptures. These caves were built in two phases. First, under the patronage of Satavahana Dynasty. Second, under the reign of Emperor Harishena from Vakataka Dynasty. The Ellora Caves are also known for their Indian rock-cut architecture. The fusion of different cultures is portrayed by the Buddhist, Jain & Hindu temples, here.

Mahabalipuram is another UNESCO heritage site on the Coromandel Coast along the Bay of Bengal. It is famous for its rock-cut caves & carved temples. The name of this place is in relevance to the demon king Mahabali who once resided here. The pleasant atmosphere with white sandy beaches makes Mahabalipuram a great destination to visit with your family. The Shore Temple, the Five Rathas & the Crocodile Bank are some world heritage sites here. The beach resorts are a plus for an enjoyable stay.

King Sawai Jai Singh of Rajasthan built this famous astronomical observatory in Jaipur. Jantar Mantar is a collection of 19 astronomical instruments. World’s largest stone sundial is also situated here. The special thing about this place is that all of these instruments are man-made. Jantar Mantar observatory was used to make ecliptic calculations, equatorial system & horizon-zenith local system. This famous tourist spot depicts the ancient scientific architecture & heritage of India.

For nature lovers from all over the world, Kaziranga is the place of keen interest. This UNESCO World Heritage site is located in Assam. Kaziranga National Park is the home for many species of flora & fauna. The sanctuary is dedicated primarily to the endangered Rhinoceros. Other fauna species include capped langur, hoolock gibbon, tiger, leopard, sloth, Ganges dolphins, otters, wild boar, water buffalo, sambar, swamp deer, hog deer and Indian muntjac. It is a must visit place for all the wildlife enthusiasts who adore nature.

The “Land of The Maharajas” is known for its architecture & mighty forts. These forts are included in the list of UNESCO World Heritage sites. There are 6 majestic forts that are included namely; Chittorgarh Fort, Kumbhalgarh Fort, Ranthambore Fort, Gagron Fort, Amer Fort & Jaisalmer Fort. These forts are an exemplary piece of Rajputi defence architecture. Most of these forts are located atop the Aravalli hills range of Rajasthan. There were markets, temples, palaces & other buildings that existed in the walled area of these forts.

All these places are awesome to travel along with your family. This time, plan your vacations with Footloose Holidays. Book India Travel Packages with us & enjoy your trip to the fullest.