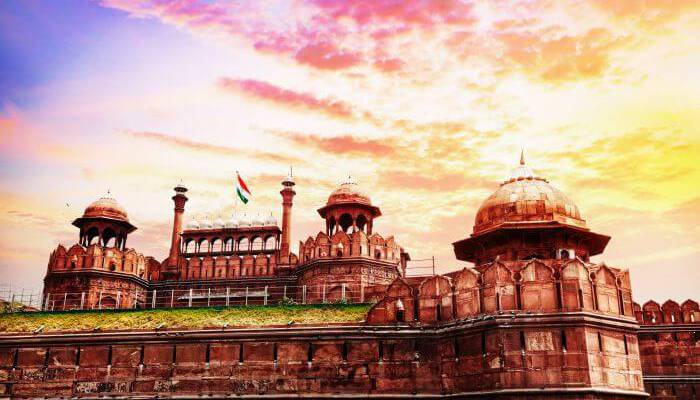 3 Monumental Cities To Visit on The Indian Independence Day

Independence day is the time when the soul of the country’s citizens is filled with prodigious patriotism. Be it a child or an elderly person, the feeling of joy is unveiled on this day. India celebrates its independence on 15th August each year. Cultural programs & flag hoisting ceremonies are held in schools, government institutions, offices & stadiums. Many cities in India portray the history of the British rule here. After the independence in 1947, these places have modernized, yet preserving their historical charm of the pre-independence era. These cities tell us a lot about the historical lifestyle, architecture, culture & other aspects during the British rule. Read further to know what you can do in these cities to enjoy the independence day to the fullest.

Known for its modernized lifestyle & nightlife, Delhi is a city of great historical significance. No matter how much the lifestyle of the people here gets modern & busy, this city will remain a true portrayer of ancient times. The city has many interesting spots to offer in terms of historical importance. You can visit the Red Fort, Raj Ghat & Gandhi Smriti monuments on Independence day.

The sound & light show here is a walkthrough of the history of the fort. The show is available in both Hindi & English.

Raj Ghat: Raj Ghat is a memorial which is dedicated to the father of the nation, Mahatma Gandhi. You can visit here & pay homage to this great leader & freedom fighter. We all praise the efforts of Gandhi Ji towards the freedom of our nation.

The Raj Ghat is open everyday from 6 am to 7 pm. There is no entry fee.

The place remains closed on Mondays. Other days it is open from 10 am to 5 pm. Multimedia show is organized from 1 pm to 1.30 pm.

Ahmedabad, the 600 years old city has some great monuments for tourists to visit around. To experience the true beauty of this city, you need to take a walk through the “walled city” areas. The Gujarati food & tradition is a must experience thing. In spite of the modernism foraying in, the city has not lost its old world charm. The architecture, temples & skyscrapers are a thing of interest. Many art galleries & museums also draw in a lot of tourists to Ahmedabad.

Sabarmati Ashram: The Sabarmati Ashram is one of the epicentres of the freedom movement. It was originally known as the Satyagraha Ashram & is situated on the banks of Sabarmati River. Here, Gandhi Ji trained the freedom fighters during the non-violent Civil Disobedience & Swadeshi movements. He also lived here for 12 years.

Gandhi Ji’s living space is converted into a museum & is known as Hriday Kunj. You can take a prior appointment for a 90 minute guided tour of the Ashram. It is open from 8.30 am to 6.30 pm daily. Entry fee is applicable.

We all have probably heard a lot about the valor of “Jhansi Ki Rani” Laxmi Bai. The fort of this brave queen is around 400 years old. It is a symbol of the first war of independence raged by Rani Laxmi Bai in the year 1857. The Jhansi Fort is located on the Bangara Hill. The area of the castle is spread over 20 hectares. The Britishers bombarded the fort & it withstood all the destruction for nearly 17 days. The Rani escaped the fort & captured the Gwalior Fort where she succumbed during an intense battle with the Britishers.

The Fort is open for visitors everyday from 6 am to 6 pm.

We advise you to take a tour of the capital city, New Delhi. You can book the Delhi Tour Package with us to experience the rich heritage of the city. Celebrate this independence day, remembering the prestigious freedom fighters of our country.